Debi has been professionally involved in dogs for over 20 years. Prior to her canine training career, she taught at the Maryland School for the Deaf as a behavioral specialist for deaf children with multi-handicaps. At home, Debi teaches obedience and Agility training and she competes in agility with her own dogs. Debi has titled dogs in NADAC, USDAA, and AKC.

In learning her craft, Debi has taught and titled and qualified many breeds. The list of breeds she has successfully titled includes All Americans, Beagles,

English Cockers, Golden Retrievers, Akitas, Border Collies, American Eskimos, McNab’s, Shetland Sheepdogs, Wheaten Terriers, Chesapeake Bay Retrievers, and Labradors. Her classes include dogs of all heritages and she enjoys working with dogs who are not among the most popular agility breeds. Debi’s personal achievements include being among the top contenders (top 3) in her classes at several NADAC Championships; Winning the 16” division at the NADAC Championships; having multiple dogs in the NADAC top 10 through the years Many of her students have often made the top 10 rankings for their breeds nationally and have won their divisions in ASCA and NADAC at the championships. Currently, Debi is trialing her beloved old Border Collie Josh, her devil dog McNab Chime and her dearly loved but learning disabled Border Collie Garen. She finds each to be a challenge in different ways and loves and enjoys them all but Garen is her delight. Each little bit of progress he makes is remarkable and she appreciates the effort he must put into all that he does. She says he came to remind her why she started in agility – to have fun with her dog and watch him smile!

Paula has been involved in competitive agility for over 25 years. She started competing in the early 1990’s, and she has been teaching agility since 2000. Her students have handled a wide variety of dogs representing various breeds, sizes, and ages. Many of her students have gone on to win and/or place at the National levels of AKC, NADAC, and USDAA as well as at their breed specialties.  She specializes in using purposeful distance – for success in the distance classes, but also as a handling advantage to get handlers up ahead of their dogs and to speed them up.

Paula has had great success with her own dogs. Her Labrador Retriever, Emily, led her to the sport of agility; since then, she has been owned by six border collies: Tory, Split, Trae, Tessie, Cade, and the newest addition to the family, Kellan. Excluding young Kellan, all her dogs have achieved TOP 10 yearly placements in NADAC over the years; multiple NATCH’s and V-NATCH’s; numerous Speedstar Awards; and have cumulatively won the NADAC Championships 12 times. In addition, Trae earned his MODSQUAD Award in 2009 for his distance work.

This year at the 2019 NADAC Championships, Paula won her divisions with both Cade, Elite Veteran, and Kellan, Pre-Elite.  Kellan has also begun competing in UKI and is planning on attending his first US Open in 2020. 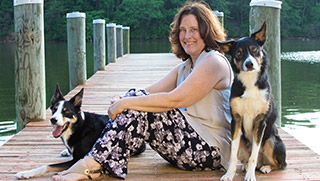 Phyllis Hayden has been competing in agility competitions since 1999 and teaching agility since 2014. Her first agility dog was a husky shepherd mix named Willow, followed by a border collie named Zipper. She is currently competing with her two border collies, Amacris Beamer Enjoy the Ride (Beamer), and Silveridge Time Flies (Time). She primarily competes in NADAC agility, but is now also competing in UKI agility with her dog Time. Beamer was Reserve Champion for the Pre-Elite division in 2015. And has achieved TOP 10 placements in both years for 2015 and 2016. In the 2019 NADAC Championships, Beamer placed 3rd in the Elite Veteran division and Time placed 5th in the Pre-Elite division.

Her career in life is a Physical Therapist and when she is not working, teaching or playing agility, she enjoys gardening and outdoor activities. 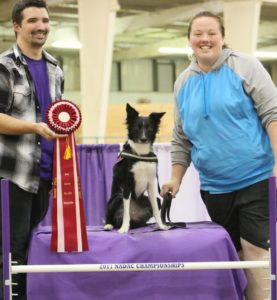 Erin Batchelor has been training in agility with Debi Hutchinson since 2011 and teaching for her since 2014.

Erin started her agility career competing with her English shepherd mix Lola, who earned multiple NADAC top ten placements, a place in the NADAC Hall of Fame archives, and 7 NATCH titles before her retirement in 2019. Lola spent most of her career teaching Erin many lessons, including how to work with dogs that needed many incentives to play the game. She taught Erin how to break courses down and present them in an easy and enjoyable way, no matter how complicated. Most importantly, Erin credits Lola with teaching her how to be the best teammate she could be for all canine partners to come.

In 2016 Erin began competing with her border collie Jinx in both AKC and NADAC agility. Jinx and Erin placed 2nd in the Standard Medium Pre-Elite division at the 2017 NADAC Championships. At the 2019 NADAC Championships, Jinx won the Standard Medium Elite division and was the highest scoring dog overall. Among many things, Jinx holds a rat master title in barn hunt, an ultimate air dog title in dock diving, a Canine Good Citizen title with AKC, and a trick dog title with Do more with your dog.

Erin greatly enjoys all aspect of agility and teaching but by far her favorite part of the sport is spending time with her beloved heart dog Jinx and feeling the connection between the two of them. Erin’s primary goal in teaching is to help people learn to build that important connection with their dogs by identifying their dog’s individual needs and prioritizing them above all other things in the sport.

Erin lives in Maryland with her husband Clay, their 1 year old son Caleb, and their 4 dogs Yoshi, Jinx, Knox and Vi. When they are not competing Erin enjoys earning trick titles with her dogs and watching her son learn about life growing up in the world of dog sports. 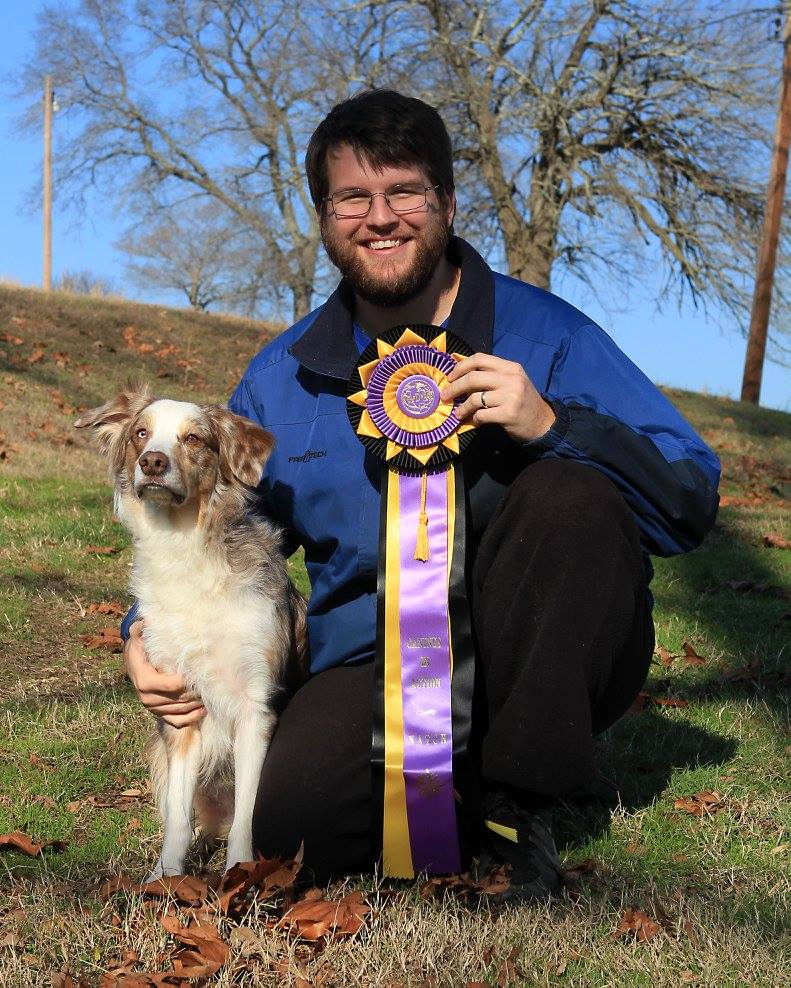 Clay Batchelor has been training with Debi Hutchinson since 2011 and teaching for her since 2018.

Clay has been competing with his Australian Shepherd Yoshi since 2013. Together they placed 2nd in the Standard Veteran division at the 2017 NADAC Championships. They have earned over 20 NATCH titles in their years competing. Clay and Yoshi have earned spots in 7 of NADAC’s Hall of Fame archives for performance, most recently as one of less than 150 teams to score 10,000 lifetime points throughout NADAC’s history.

When Clay is not teaming up with his main man Yoshi, he is studying agility with his up and coming border collie, 4-year-old Knox. Together Knox and Clay have earned titles in AKC and NADAC agility as well as earning a RATCH and RATCHX championship in barn hunt. Knox has also earned a personal best jump of 23 feet 8in in dock diving competitions, as well as several tricks titles.

During weekday hours Clay is a first responder for the state of Maryland’s computer forensics department. One of Clay’s favorite pastimes, besides playing with his dogs, is spending time with his 1-year old son Caleb, his wife Erin, and Knox and Jinx’s brother, Pup Pup.